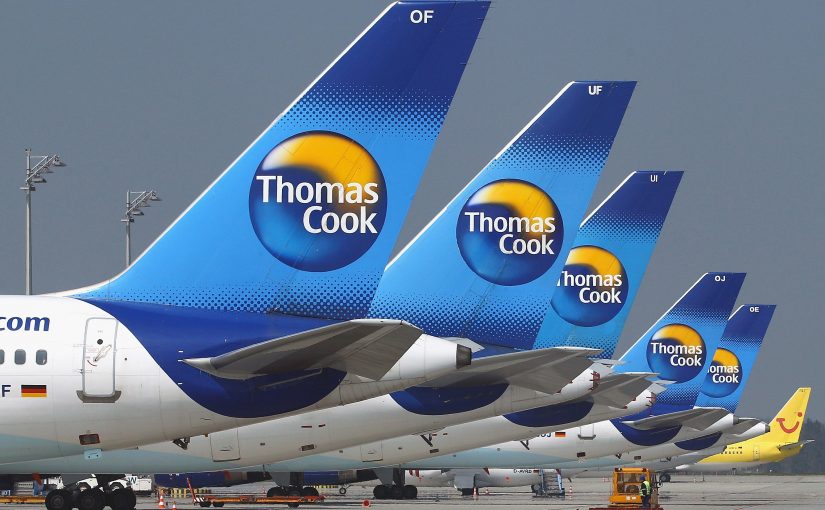 In the UK, travel agents must pay £2.50 into the ATOL scheme for each person they book on a package holiday.

If a travel business with an ATOL ceases trading, the ATOL scheme protects consumers who had booked holidays with the firm. It will support consumers currently abroad and provide financial reimbursement for the cost of replacing parts of an ATOL protected package.

If you’re in the UK, you will be well aware of the ATOL scheme (operated by the UK CAA) by now after the collapse of Thomas Cook.

The mammoth repatriation effort, dubbed Operation Matterhorn (aka the largest in peacetime history), is to bring an estimated 150,000 people back to the UK.

Government figures show that the cost of reimbursing holidaymakers who lost future bookings stands at £420 million.

This is in addition to an expected £100 million bill to return Thomas Cook passengers to Britain and tens of millions owed to hotels overseas.

Though after years as one of the leading travel agents in Europe, as the Thomas Cook Group sites still boasts (parent company of Thomas Cook UK), surely the passenger ATOL contributions must cover the mounting bills?

Using direct and indirect data sources, I was able to obtain numbers to make some “informed estimations”.

I am using figures from Thomas Cook Airlines, as I was unable to find exact package holiday passenger numbers. This is an important distinction, as Thomas Cook Airlines also carry passengers not covered under ATOL protection (e.g. those who booked flights only). As a result, many of the figures quoted will be overestimates.

Similarly, I also use figures from the Office of National Statistics that report total UK holidays by year to work out potential ATOL contributions.

ATOL contributions in this post are assumed to be fixed at £2.50 per passenger.

Assuming all these passengers were covered under ATOL protection (see methodology), Thomas Cook paid over £20.2 million to the scheme in 2018. Using the same logic, over the period between 2009 and 2018 Thomas Cook airlines paid £179 million into the scheme.

Let’s assume now that only 50% of Thomas Cook airline passengers paid in to the scheme. In 2018 they would have contributed just over £10 million, and since 2009, about £90 million.

This number is still way short of the estimated £520 million final bill, as quoted above.

Let’s assume only 50% of holiday makers were required to pay into the scheme, it would still have generated a pot of over £1 billion (ignoring other times passengers have been compensated by ATOL, see below).

We have enough to cover the £520 million now…

Assuming the 50% of holiday makers since 1998 were required to pay into the scheme (£1 billion), the £520 million Thomas Cook bill would require 48.9% of the schemes contributions to refund passengers.

Thomas Cook UK are the largest agency or airline to go into liquidation, by quite some margin.

Though a number of other airlines — FlyBMI, Cobalt, Monarch, etc — are likely to have impacted passengers under ATOL protection. ATOL refunds for the collapse of Monarch added up to £21 million.

Of course, many smaller agencies will have ceased trading, requiring ATOL refunds for passengers too.

As indicated in the methodology section (and lack of a definitive answer to the question), there are lots of estimations in this post.

To improve the accuracy of the figures estimated, I would need ATOL contribution figures by agency and all payouts over the period the organisation has been operating.

It is very likely that the final Thomas Cook will significantly impact the balance sheet of the ATOL protection scheme. It could easily exceed over 50% of all ATOL contributions for the last 20 years.