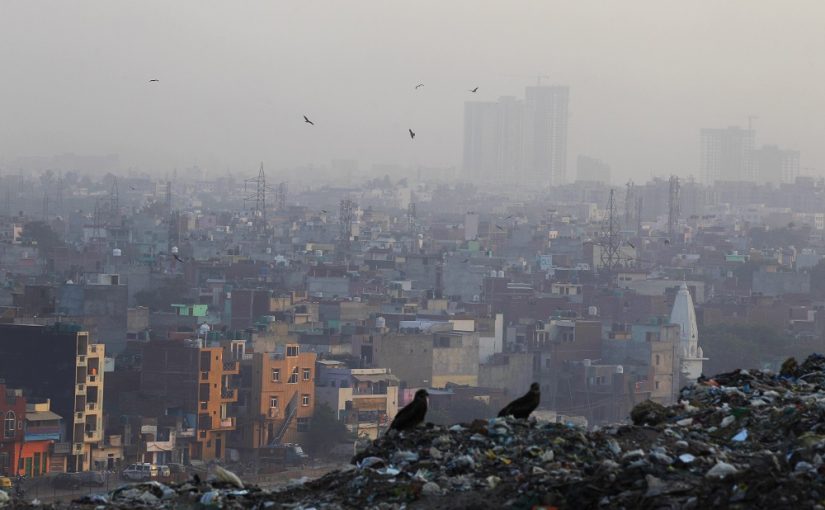 On hot summer days in London, UK I regularly walk along some of the most trafficked streets (vehicles). Whilst the pollution is not always visible, I can clearly smell the exhaust fumes of the passing busses and feel it settling on my skin. It does not surprise me reading articles with titles including, “London’s Air is as Bad as Smoking” (credited for the title of this post).

Pollution is arguably the biggest hazard to human health today, especially in our cities (although Donald Trump doesn’t agree). With this concern in my mind, I wanted to uncover some of the worst places for my health to visit.

Particle pollution, also called particulate matter (PM), is a mixture of solids and liquid droplets floating in the air. Some particles are released directly from a specific source, while others form in complicated chemical reactions in the atmosphere.

The World Health Organisation produce a Global Urban Ambient Air Pollution Database (data from 2016 update). The primary sources of data for this are official reporting from countries to WHO, official national / subnational reports and national / subnational web sites containing measurements of PM10 or PM2.5 and the relevant national agencies. The dataset covers 2972 cities from 184 countries.

Saudi Arabia has levels of PM2.5 pollution in urban areas almost 30% higher than the next most polluted urban areas in Qatar.

Only 19 of the 179 countries (that reported PM2.5 figures) have equal to or less than the recommended 10 μg/m3 (mean annual) level in urban areas. 20 of the 184 reported countries have total pollution less than this recommendation.

The lowest levels of pollution are found in the Soloman Islands with urban and total PM2.5 levels equal to 5μg/m3. Notably, larger countries including the United States have urban (8.4μg/m3) and total (8.2μg/m3) PM2.5 levels below 10μg/m3.

Zabol, Iran is the worst polluted city according to the World Health Organisations Air Pollution database by some margin (217 ug/m3 annual mean, 2000% above WHO safe recommended levels!).

From my brief research it would appear there is some disparity in the way pollution levels are reported. Whilst this analysis provides a good overview to the problem of pollution, it could be worth comparing such analysis to the way data is reported (sensor distributions in countries, etc).

Looking at pollution as a problem, it would also be valuable to compare levels of pollution against population numbers to understand how wide the impact is.

Areas of the Middle East are some of the worst polluted on earth, and most dangerous to your health.