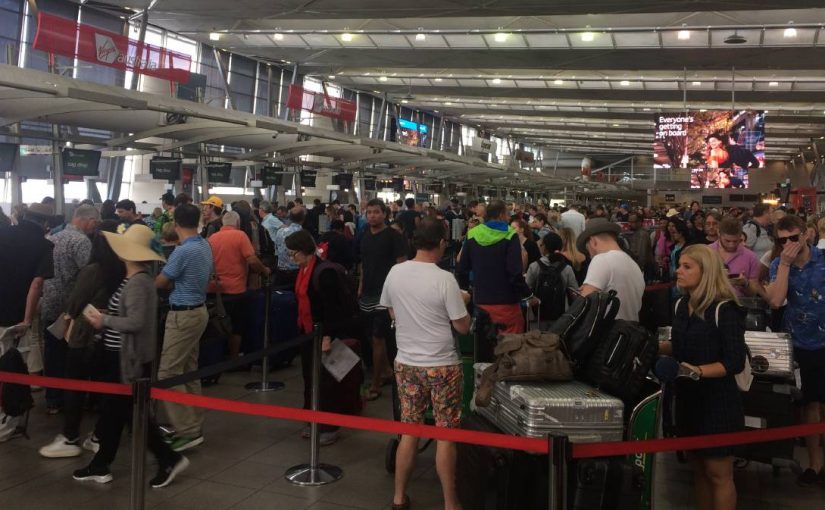 As a measure of size, it is the older carriers that have the largest fleets of aircraft (1. American, 2. Delta, 3. United).

Does the size of an airline affect brand image, or more importantly, passenger satisfaction?

Skytrax is arguably the most well know measure of airline rankings. Released every year since 2012, I am using the latest 2016 version. In their own words the Skytrax ranking is a:  “Quality analysis across hundreds of categories for both airline product and service delivery, covering the Onboard and home-base Airport environments.”

Similarly Airhelp produces their own AirHelp Score that ranks airlines on three measures: quality and service, on-time performance, and the ease of making a claim (for delayed flights, etc).

Using data from Airfleets (April 2016) I was able to measure an airline by size of its fleet. My assumption is that airlines with larger fleets will have the more staff.

I did consider using market capitalisation as a measure of size but due to differences in company dynamics (airline groups, traded on different markets / volumes, etc) I decided against doing so.

Airlines with most aircraft

The top 4 airlines by fleet size are all based in the US. They are also considerably larger than the next biggest airline, China Southern (who operate 200 fewer planes).

Only one of the top 10 airlines by fleet size is in the Skytrax top 10, Turkish (7th). None of the 10 airlines with the largest fleets make the AirHelp Score top 10.

The top 10 airlines by fleet size are considerably larger than the competition. Most airlines (83/100) operate less than 200 planes, 53 operate fewer than 100.

5 of the top 10 Skytrax ranked airlines are ranked 30th and below for fleet size. This suggests smaller airlines offer better service. Conversely, for the airlines where an AirHelp Score exists many rank fairly highly. The anomaly being Turkish Airlines who have the 6th largest fleet size, a Skytrax rank of 7th, but a very poor AirHelp Score ranked 60th.

Qatar ranks perfectly in 1st for all periods of the AirHelp Score ranking, beating its Skytrax rankings. Virgin Atlantic has seen the best improvement of AirHelp Score rank moving from 38th – 6th position in just one year!

Again, most of the airlines in the AirHelp Score top 10 are smaller airlines (8 are ranked 30th and below by fleet size). That said, many of these airlines are brand names in the industry.