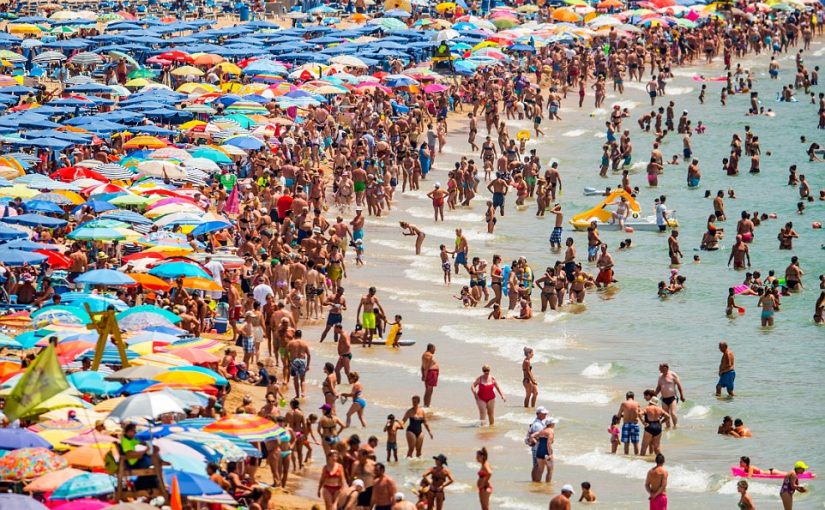 We’ve all been on holiday and complained there are too many tourists (the British, anyway).

I once read London was France’s 6th largest city. The Costa Del Sol on the Spain’s Southern Coast is a mecca for 300,000+ Brits seeking the sun each year.

Terms like tourist trap are now common among holiday makers. Though an increasing number of us are actively seeking to avoid such traps. Whole industries have sprung up around holidays “off-the-beaten-track”.

But where are the places with the fewest tourists numbers vs locals?

Every year the UN World Tourism Organisation publishes a report titled “Tourism Highlights“. For this post I used the 2015 version (figure reported from 2013). The report contains tourism statistics for 217 countries, including inbound tourist arrivals and receipts. Using this data I was able to identify the countries that report the fewest tourists.

Using population statistics reported by the World Bank for 2013 I was then able to work out the number of inbound tourists compared to the native population of each country.

China and India have a combined population of 2.5 billion. About one-third of the world’s population. India’s population is expected to grow larger than China’s by 2022.

On the other end of the scale Nieu, Montserrat, and the Cook Islands have less than 20,000 native citizens. In total the 10 smallest countries have a combined population of 187,933 people (about the size of Sao Tome and Principe).

Compare that to Andorra, population 73K, has 2.3 million visitors every year — a difference of about 2.2 million! That’s 1 tourist for every 0.03 of the population. In Macao the difference between population and tourists is 13.69 million (1 tourist:0.04 population).

Comparing inbound tourists by nationality would add another dimension to this analysis.