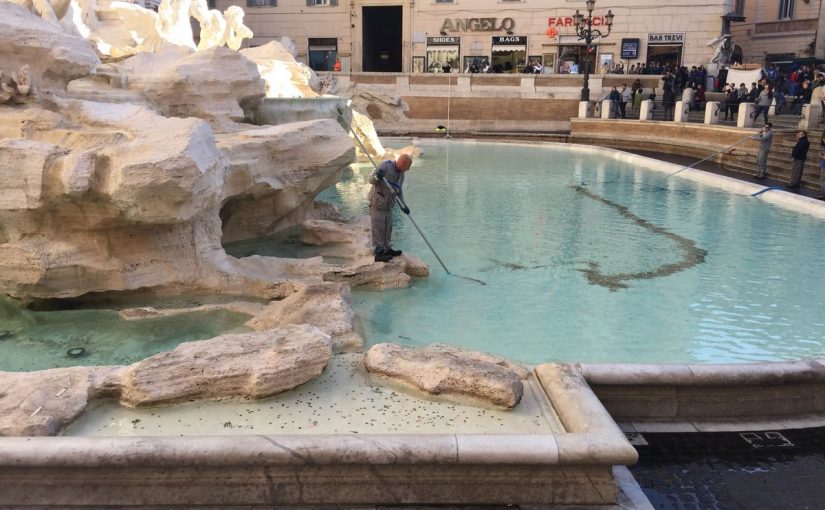 Toss a coin into a fountain and make a wish. There’s something particularly romantic about doing so at the Trevi Fountain in Rome.

So how many people are getting married?

A lot of visitors to Rome are clearly buying into the story, with an Italian charity, Caritas, a Catholic non-profit that receives all coins, confirming that nearly $1.5 million dollars in change was thrown into the fountain during 2016.

Though I very much doubt the majority of people are throwing in 2 Euro coins. I would not be surprised if the average denomination was less than 10 cents. Assuming all the coins were 10 cents, that’s x36,575 10 cent coins (plus x1 2 cent coin, and x1 1 cent coin).

Continuing this trail of thought, with each 10 cent coin weighing in at 4.1 grams, the daily weight of coins is just under 150kg. Per year that’s 54735kg or nearly 55 tonnes — about half the weight of a Blue Whale.

People throw $1,500,000 worth of coins into the Trevi Fountain every year.