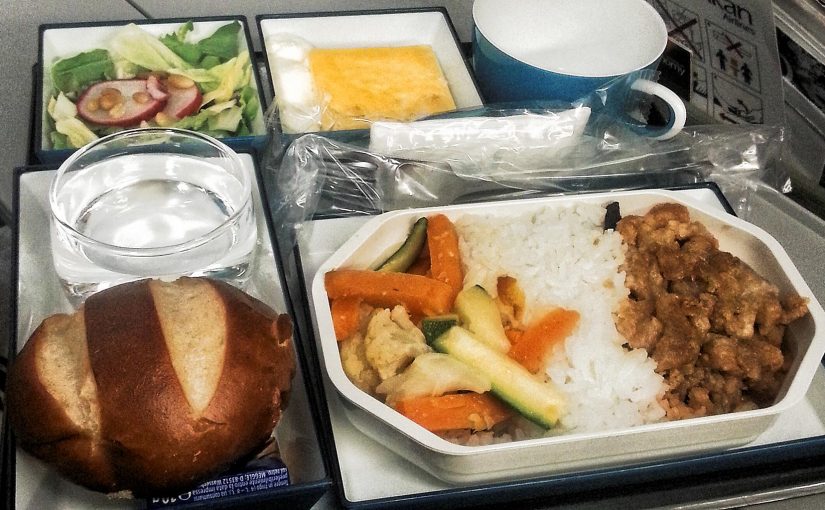 Some adore them. Others turn their nose up.

Meals, or should I say, meals served in economy on board a flight often receive bad press. Some of those served in first, rival some of the best restaurants I’ve visited.

Personally I like the fairly new trend of buying meals in the terminal and taking them on-board. Many airlines are starting to charge passengers for food on long-haul routes anyway.

My reason being is that I get more choice, and can often select something slightly healthier if I want to.

Which got me thinking? How nutritious are meals on-board a flight?

In 2018 Diet Detective wrote to various US airlines offering transcontinental routes to provide nutritional information on inflight meals and snacks.

I used a mean average of these numbers to come up with the analysis used in this post.

The average meal onboard these airlines has 492 calories. For 2 meals on a long-haul flight, that’s just under 1000 calories. Well below the 2000 calories recommended for an “average” person.

Air Canada meals offer the lowest calorie content at 377 per meal, compared to Delta where onboard meals average 559 calories.

In all but one year, 2016, calorie content for airline food has slowly increased.