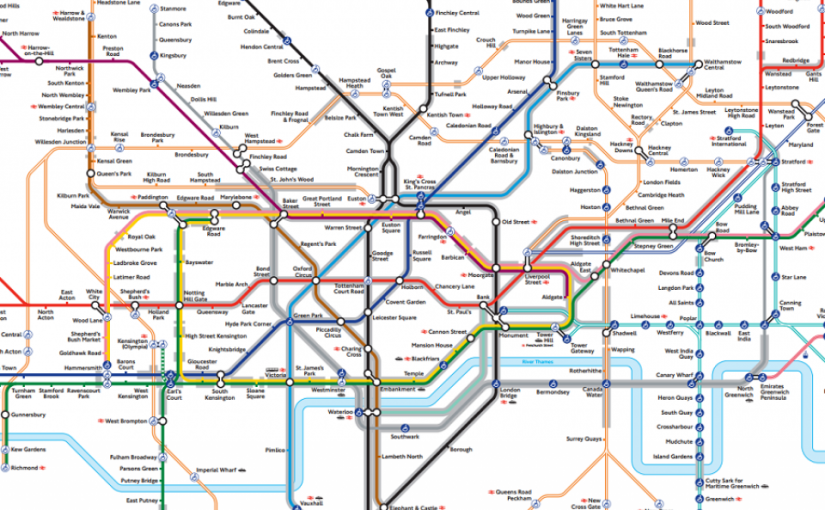 Despite the increase of Uber and similar on-demand ride services in most major cities, public transportation still serves millions of locals and tourists every year.

Living in London it is easy to take public transportation for granted. With tube lines snaking across the city, bus stops on almost every road, and a cycle hire scheme for those rare sunny days it is easy to venture across the UK’s capital without wondering how you’ll get to a destination.

Though in other larger cities, even though public transportation systems do exist, they are often sparse and serve a seemingly small population. For me this is especially true of cities in America. In San Francisco I find it generally easier and sometimes cheaper to take an Uber over the BART.

Having recently returned from the America, this thought sparked an idea for a post. Which cities have the best public transportation networks?

Wikipedia users have curated a list of metro systems around the world. The data includes; date the system was first opened, the size of the network, the number of stations and yearly ridership figures. In total 177 metro systems are listed.

I also collected population data for a cities metro area from Wikipedia to compare against yearly ridership figures.

The UK has the oldest network dating back to 1890 (128 years old). This is significantly below the average age of 1984 (38 years old) for all 177 networks considered. The average age figure is significantly boosted by new metro systems appearing across growing Chinese and Indian cities. In a previous post I covered how the rapid growth of Chinese high-speed rail links.

The age of each network got me thinking; will older networks be larger than their smaller counterparts? It seems logical given the additional time they have had to expand.

Perhaps surprisingly the average metro system is just 70 kilometers. Again, this figure is slightly skewed due to the new metros emerging in cities.

China is home to three of the five largest metro networks with Shanghai’s system the largest at a total length of 637 kilometers. First opened in 1993 it spans 200 more kilometers than the London Underground opened over 100 years earlier.

However, length isn’t everything. As a passenger it is important that many destinations are served allowing maximum freedom to roam a city.

Length versus number of stations

Despite being only the fifth largest network by length, New York boasts the highest number of stations serving passengers — 100 more than Shanghai even though it is over 250 kilometers shorter in length.

This highlights another important question; how well are travelling passengers served by stations?

A linear correlation between stations and passengers is seen for the 161 metros there is ridership data for. 16 systems carry more than 1 billion passengers each year.

Despite having the most stations, 424, New York Cities Subway network carries just 1.75 billion passengers each year. Compare that to Beijing, 306 stations and over 3.6 billion passengers a year — that’s an average of 11 million people travelling through each station on the network each year.

In recent years there has been some talk of so called “white elephant” infrastructure projects being undertaken in China. Perhaps there is some truth in this for metro networks?

There is a slight correlation comparing passengers to population.

At the other end of the spectrum the Hefei Metro system in China carries around 18% of the cities population each year over its 52.4 kilometre network.

Despite being the 5th largest network by size, the New York City Subway comprising of 424 stations offers the most flexibility for passengers. Compared to other similarly large networks the New York Subway also has comparatively lower passenger numbers meaning less crowding onboard.