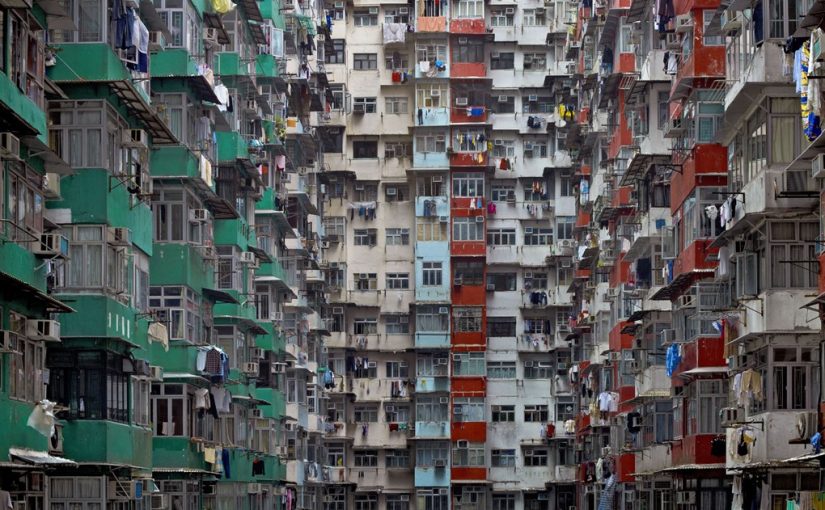 Hunched around the contours of the tube carriage at 8:45AM on a cold winter morning I begin to question my decision to travel into Central London. The underground platforms at Waterloo Station are ten people deep, most suffering from colds and coughs, only made worse by the drastic increase in temperature that results when thousands of people are crammed into a small space.

It’s not all bad. London is one of the greatest cities I know. Though at times it’s sheer size can be overwhelming. On these occasions I long for the peace and quite of the countryside. That said, London is relatively small and its population sparse, though these facts offer little consolation when crammed inside of a tube carriage.

The worlds cities are set to grow rapidly over the next decade. In China new cities appear overnight with young people flocking to them for work and leisure at an astounding rate.

In 2016, an estimated 54.5 per cent of the world’s population lived in urban settlements.By 2030, urban areas are projected to house 60 per cent of people globally and one in every three people will live in cities with at least half a million inhabitants.

In this post I take a look at the cities that have grown the fastest since the Millennium, and those that are set to see the fastest growth rate over the next 15 years.

The Population Division of the Department of Economic and Social Affairs (DESA) of the United Nations Secretariat has the task of estimating and projecting levels and trends of populations for all the countries of the world.

Over the period, just 21 cities saw populations get smaller. Khulnam, Bangladesh shrunk by about 19%, from 1.25 million people in 2000 to slightly over 1 million in 2016.

By 2030, urban areas are projected to house 60 per cent of people globally and one in every three people will live in cities with at least half a million inhabitants. Two, Niamey, Niger and Ouagadougou, Burkina Faso will both double in size.

The largest cities in 2030 are likely to remain largely unchanged in order when compared to 2016. Beijing, China enters the top 5 replacing Sao Paulo, Brazil which grow in population by 130% and 110% respectively.