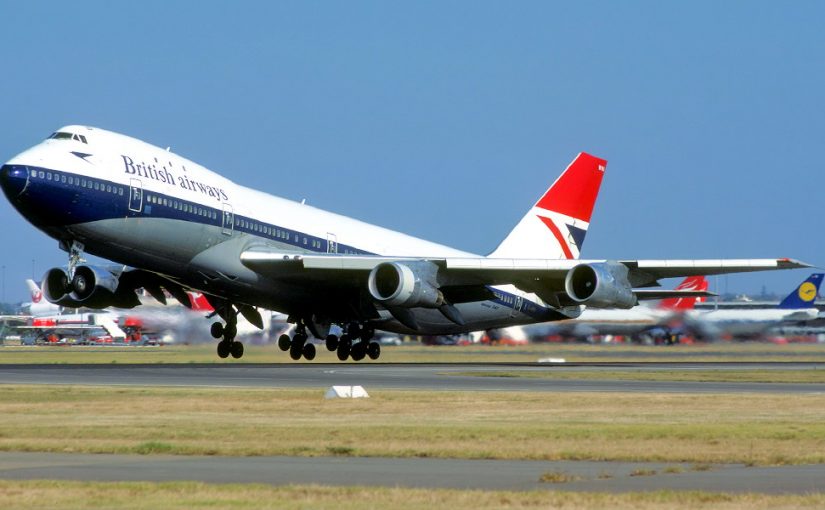 Have you seen one of the beautiful British Airways liveries to celebrate the airlines 100 years of flying?

Seeing the BOAC 747 up close a few weeks ago, I started wondering how much paint is required to cover a huge 747.

Painting a small room in a house can cost a small fortune depending on the choice of paint.

I decided to take a look at how much it costs to give a Boeing 747 a fresh coat of paint.

Painting of an aircraft is a very detailed exercise due to the following factors:

There are various layers required when painting the fuselage of an aircraft.

A mild chromate converter is first applied on the surface so that the subsequent coats of paint will adhere to the Aluminium. A primer layer is then applied followed by a number of finish coats which are usually a Poly Urethane based paint.

According to the same answer, if paint is applied to the aircraft using an HVLP spray gun, you can guesstimate that your transfer efficiency will be about 50%. Bringing the total paint required for a 747 to 1850 lbs.

A gallon of Sherwin Williams Poly Urethane based paint costs the public $187.43 / gallon on Sky Geek.

It is a fair assumption that bulk orders will receive a significant price discount. Even at 50% that is a total cost of $15,075.89 just for paint.

A news article quoted it took Emirates Airlines 6550 hours to repaint 21 aircraft, an average of 312 hours each.

They run a round-the-clock operation, with 26-30 people working at any given time, so that translates into roughly 8500-9000 man hours to complete each plane. If the average entry level salary there is similar to the US at $18/hr, that’s upwards of $175,000 just in labor.

Ignoring facility costs for electricity and cooling, it’s safe to say a paint job for a large aircraft could easily exceed $200,000 USD for materials and labour!

It is a regulatory requirement that an aircraft undergoes a thorough inspection – a “D Check”, approximately every 6-10 years. As part of this D-check, the paint is stripped off the aircraft to allow the hull to be thoroughly inspected.

As such, most airlines will wait until the aircraft is due for a D check before repainting.

According to One Mile At A Time;

The world’s largest operator of the Boeing 747 is British Airways, as they have 36 Boeing 747-400s in their fleet.

Many of these are soon to be retired.

Now imagine running a fleet of 109 A380s (Emirates)… I’m getting into the paint business.