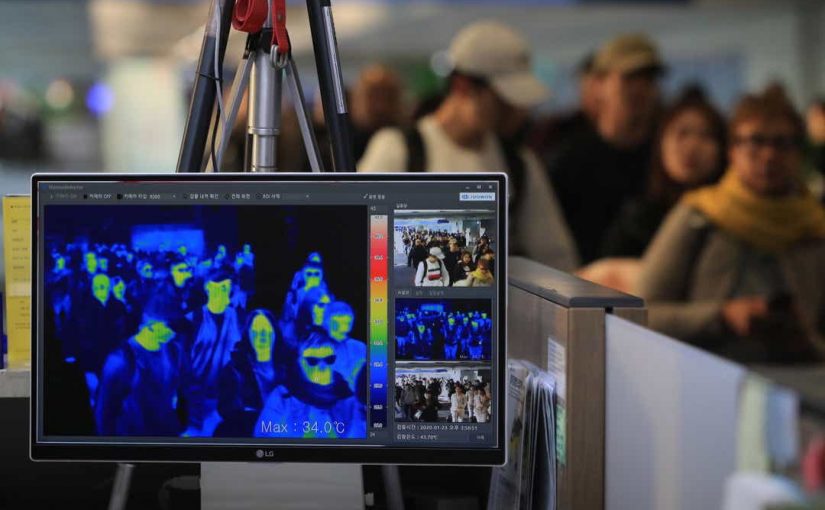 What was once a summer beer is now synonymous with something far less appealing.

Recently I was reading about the World War 1 flu pandemic that claimed an estimated 16 million lives. It is estimated one fifth of the world’s population was attacked by this deadly virus.

Most researchers attribute the movement of people around the world to the fact the flu virus was able to infect so many.

And this was before the days of commercial aviation.

In 2018 there were 4.8 billion air passengers, total. Add in rail, road and sea journeys, and it’s clear the world is incredibly interconnected. There wasn’t even 4.8 billion people on the planet in 1914 (most estimates put it at between 1.5 and 1.7 billion).

From its origin in Wuhan, here’s a simple analysis for how easily it could have been spread around the world.

I used a variety of sources to obtain data on air travel in China to estimate and analyse passenger traffic and aircraft movements.

In total, there were about 660 million passengers flying from a Chinese airport in 2019.

Almost 90% were flying domestically (586 million pax), with 72 million flying out of the country — the equivalent of around 49 million domestic and 6 million international pax each month.

Where do people fly to / from in China?

Even the smallest airport in the top 100 by passenger volume, Nanyang Jiangying Airport, saw over 907,000 passengers through its doors in 2018.

Wuhan Tianhe International Airport had 24.5 million in 2019, or about 2 million per month — about the same amount of time before travel restrictions came into place and the virus was widely reported.

How many flights depart from Wuhan each month?

I could not find specific flight data for Wuhan, so let’s get creative.

Given most travellers are domestic, let’s use one of the most popular short/medium range aircraft, the Boeing 737 (ignoring the ongoing MAX 8 problems).

Assuming only the 737 Max flew from Wuhan, that would mean over 11,235 flights landed / departed. Given there will be larger planes in operation, let’s assume 10,000 plane movements per month.

Divide that by two, to only consider departures, gives 5,000 plane departures per month.

And this is one city alone.

According to this same calculation using the amount of 737 seats to estimate number of flights would result in the 4.8 billion passengers who flew in 2018 to have done it on about 60 million flights or 5 million each month!

Without a total ban on travel, I cannot see how COVID-19 will be contained.

To finish, it is important I note this is not meant to be a post designed to scare.  Remember, even if you contract the virus, it is very likely you will survive.

These stats are clearly not accurate model of the spread of COVID-19. The post is designed to highlight how interconnected the modern world is.

I’m very interested to see the models that researchers develop as our understanding of this virus increases. I am no where near skilled enough to do this.

With an estimated 5 million flights taking off around the world each month, stopping viruses penetrating borders is an impossible task.