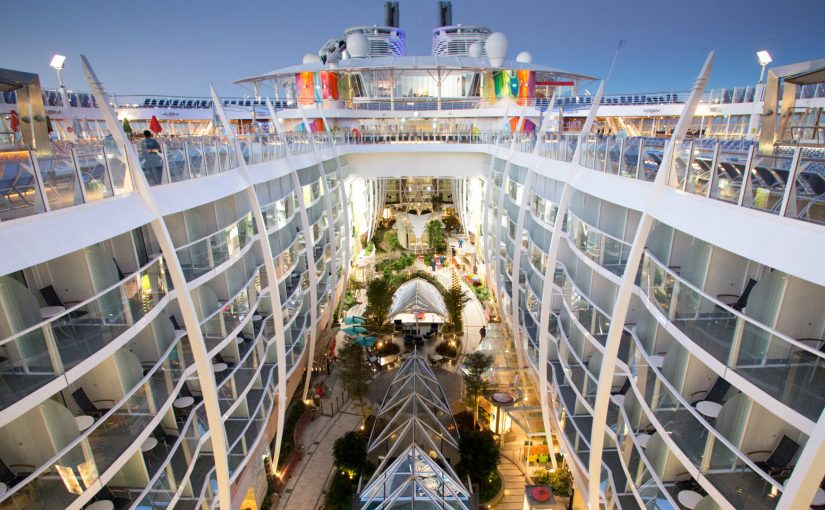 The cruise industry has been hit hard by COVID-19.

Whilst during a trip to the southern coast of the UK this summer I saw 10 large ships moored up off the coast. I think they’re still there.

I imagine it’s a similar picture in many of the world’s harbours.

When you start playing with the numbers of cruising, you quickly realise two things. 1. They’re big. 2. You’ll need a calculator.

It’s owner Royal Caribbean suspended all service across most of its fleet, including Symphony of the Seas, until September of this year (2020).

How much have cruise operators fortunes changed during the COVID-19 pandemic?

At the moment cruise operators are all offering some incentives to attract passengers.

I managed to find an old price list from Royal Caribbean with 2018-2019 prices to get an idea of pre-pandemic prices.

The Symphony of the Seas operates around the world. I used the “starting from” prices for a 9 night cruise (cruise only) around the western Caribbean.

Assuming the above breakdown of room types, prices, and passengers (100% occupancy), the estimated ticket revenue alone for Royal Caribbean is £8,370,040.

When you’re dealing with big numbers, even small changes can have a dramatic impact. It’s clear the cruise industry, like almost all travel industries is in for some very hard time ahead, even if these calculations are not

This post contains very rough calculations, from estimated revenues to operational times of the ship.

It also completely ignores operating costs, which must be massive for a cruise ship.

Both of which would make immediate improvement to this post.

Pre-COVID 19 the world’s largest cruise ship, the Symphony of the Seas, could have billed around £7 million in passenger ticket revenue for a 9 day cruise. Revenues could easily be half this figure currently.