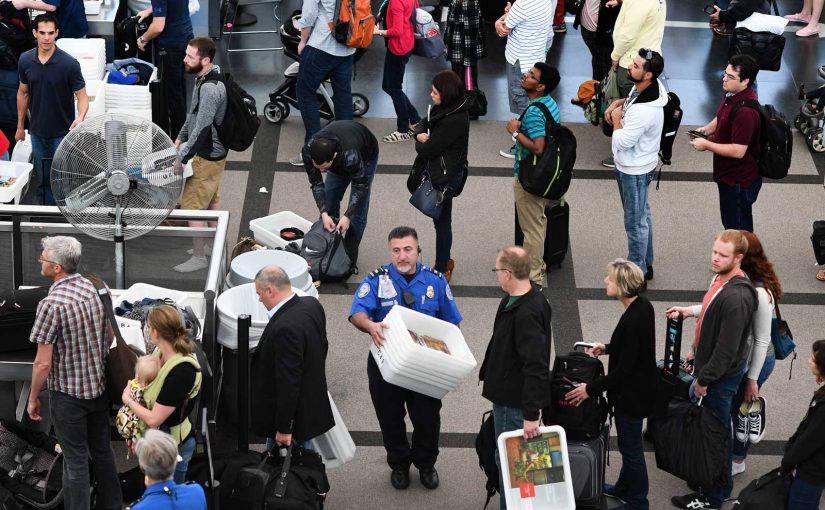 Waiting at a baggage carousel is never enjoyable.

You’ve stepped off the plane, cleared security, and then, the 300 plus people who have just disembarked the plane rush to get as close to where the bags enter the carousel with latecomers forced to pack tightly around its perimeter.

If you’re lucky, or have paid for the privilege, your bag will arrive first. If you’re unlucky, me, you’ll be waiting until the very end.

If you’re really unlucky, your bag won’t arrive at all, and you’ll spend the next hour or two waiting at the baggage information desk to find out what to do next.

In many cases, your bag just wasn’t loaded on your flight, and in such cases the bag will be carried on the next flight.

Though even with highly computerised baggage processes, bags do still inevitably go missing — from hand baggage at security checkpoints to checked luggage at the destination.

The Transport Security Administration (TSA) are responsible for the security of the travelling public in the United States.

This includes everything from checking passengers are not carrying prohibited items into the cabin through to checking bags going into the hold.

The TSA periodically publish claims made against them during a screening process of persons or passenger’s property due to an injury, loss, or damage.

The latest in Excel format is for 2015, and is the version used in this post (I guess it takes them a long time to process and publish claims, as you’ll see even claims from 2015 are still showing as open…)

JFK (New York), the 6th busiest US airport (61 million pax/yr), is the airport that received the most claims from passengers.

Months with most claims

Unsurprisingly the busy summer months (July and August), where passenger traffic is generally at its highest level, saw the most claims.

Computer & accessories, after suitcases and purses, are the items that go missing the most.

The TSA at JFK has the highest number of claims made against them (523). Those claims that have been paid out represent $50k total so far.

My assumption is many claims go straight to insurance companies and never reach the TSA (I’d love to see a data set covering claims made to insurers). I estimate no more than $1 million will be paid out by the TSA for all claims made in 2015 — significantly lower than the figures I would expect after analysing other data sources.

If the latest data is 2016/2017, there is a significant lag in publishing statistics. I also wonder how much data is actually missing. It would be interesting to see a longer timeseries of data to see changes in the number and types of claims.