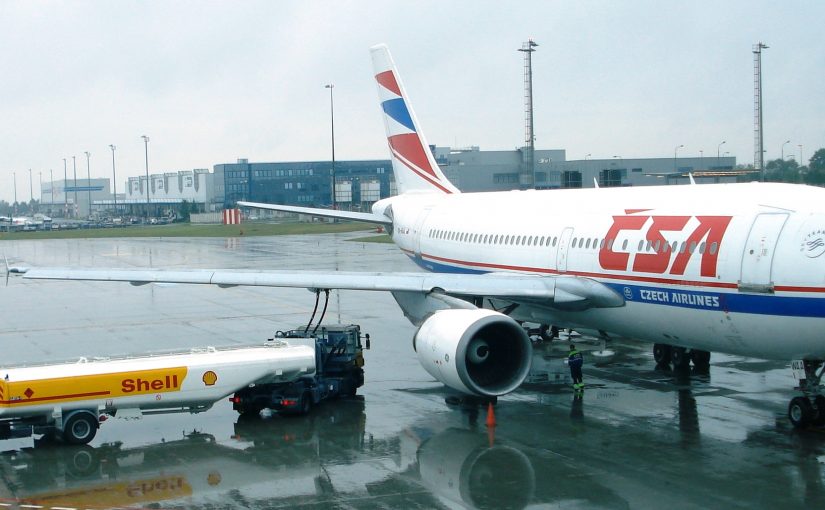 Airline tickets are a lot more than just a standard fare. For most consumers the fare breakdown is a non-issue because the total fare is shown clearly at time of purchase (you may never even see the fare breakdown).

Some including taxes imposed by governments are fixed. Even if the airline thinks they’re unreasonable they still have to pay.

Items like Fuel Surcharge are less defined as they are set by individual airlines; but how closely do they correlate to actual fuel cost for the journey?

I recently flew from London to Qatar and was charged a Fuel Surcharge.

Using data about plane efficiency found on Wikipedia and fuel costs from IATA (Oct 2016 @ 1.42 USD / gal) I was able to estimate the amount of fuel used for the journey, the estimated total cost of fuel, and how it differed from the Fuel Surcharge charged.

Because airlines rarely share actual passenger numbers my calculations assume passenger load factor (percentage of seat capacity utilised) = 100% (even though aircraft rarely operate at 100% capacity). For example, the PLF for British Airways in 2014 was about 81% (although some of their popular routes operate at 99%!).

It is also worth noting, thousands of unique factors affect actual fuel economy: payload weight, weather conditions, delays, required additional fuel for safety regulations, etc that I could not account for.

Fuel Surcharges are often coded as YQ or YR on tickets. Fuel surcharges were introduced in the early to mid-2000s when the price of oil soared.

Many people incorrectly confuse the Fuel Surcharge as the actual fuel cost.

“A fuel surcharge is a way of adjusting the amount paid to move freight [persons] by taking into account significant variation in fuel prices, compared to historical levels. It is a method for sharing or transferring risk.”
–Supply Chain 24/7

A Fuel Surcharge is designed to cover the varying fuel cost of flying you to your destination, but it is not the actual fuel cost.

If you think about this more deeply, charging an actual fuel cost would be impossible due to fluctuations in fuel price paid by the airline. Aircraft fuel has fallen by over 60% in the last two years alone. But are airlines passing these savings onto consumers?

Some sources claim Fuel Surcharges are “not for fuel any more“, suggesting they account for additional costs and operating margins. Other sources also claim airline Fuel Surcharges have no direct relationship to fuel cost.

Admission: This makes it almost impossible to calculate wether airlines are overcharging for fuel (because we don’t know what parts of the fare breakdown account for it). Though bear with me. Lets hypothesises that Fuel Surcharge has some relationship to fuel cost.

In 2008 fuel accounted for the third largest share of airline operating expenses at 32.3% for all major airlines — in 2001 it was only 13.6%! More recent data would suggest fuel now accounts for 27.6% of an airlines operating expenditure.

To obtain the additional data required to estimate actual fuel costs I used:

The estimated actual fuel costs for my journey:

Fuel surcharges introduced when oil prices were high have remained in place because most airlines hedged their fuel purchases.

The International Air Transport Association (IATA) reckons the final hedges which locked airlines into higher than market oil prices will unwind by mid-2016, increasing the potential for cheaper airfare towards the end of the year.

My ticket was booked within 3 weeks of outbound travel (7 weeks of return travel). Given a Fuel Surcharge “takes into account significant variation in fuel prices”, I did expect the estimated actual fuel cost to vary slightly given the current market conditions.

Remember this assumes a 100% passenger load factor, so it is very likely the airline is receiving less in total in Fuel Surcharges (e.g 80% load factor would equal 20% drop in total Fuel Surcharge). In such a case, it means I am actually being undercharged by an even greater amount.

As discussed, many people believe a Fuel Surcharge != fuel cost. However, it is interesting to note the difference between the two is almost 0. Whilst this is not very solid proof of a correlation, it would definitely indicate one.

Instead of using fuel surcharge for comparison, I could use reported airline opex figures for fuel expenditure against ticket cost.