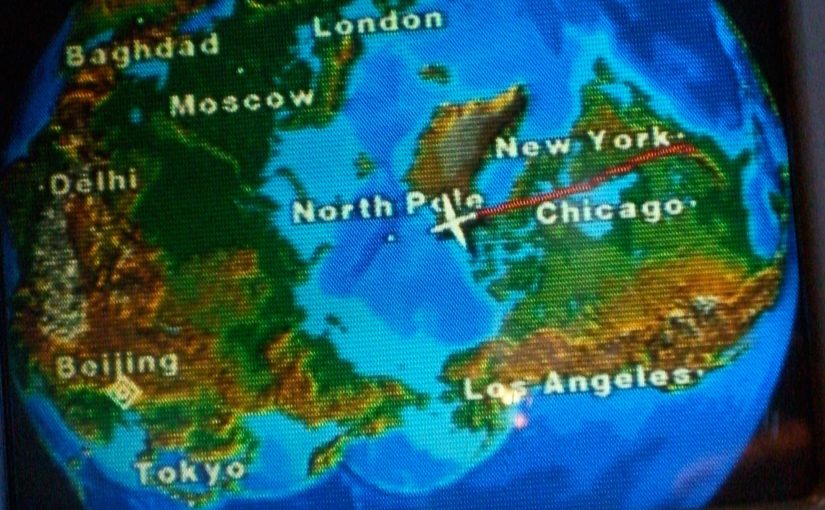 If it’s Tuesday, it must be Wednesday.

The Time Zone system counts 12 hours in either direction from Greenwich and meets up more or less in the middle of the Pacific Ocean. This imaginary boundary is called the International Date Line and anywhere it meets, an extremely strange thing happens. Time jumps ahead 24 hours – an entire day. If you fly from China to the West Coast of the US, for example, the jump can be particularly tough on the body.

Flying long-haul can be very tough on your body. Timezone changes mixed with hours of sitting uncomfortably (unless you’re lucky to fly business class or above) is not something many look forward too.

Timezone changes can work both ways. When Concorde was in operation (1976 – 2003) flying from London to New York you could arrive, in terms of local time, before you left. A New York to London flight took only 3 hours 20 minutes (the fastest journey was 2 hours 52 minutes and 59 seconds!).

How bad does it get? What are the longest plane journeys?

I collected data from Wikipedia about commercial aircraft ranges and both operational and retired commercial routes for comparison.

The biggest limitation to flying distance is aircraft — it takes a lot of fuel to keep a plane in the air.

Anyone who has spent 17 hours on a plane knows how tough it can be on the body. That said, flights where you spend longer in the airport then in the air can be frustrating.

The shortest route flown by time and distance is between Westray and Papa Westray in Scotland. The distance is 2.73km and the flight takes just 2 minutes. It’s a hotly contested route for airlines. In 2013 a one-way ticket was priced at £21 (a brief search did not uncover recent prices).

I would like to compare how the flight duration differences changed based on average cruising speed of different aircraft.

On 5 February 2017, Qatar Airways started nonstop flights between Doha and Auckland, making this flight the longest in the world. The flight covers 14,524 kilometres and is operated by Boeing 777-200LR aircraft.