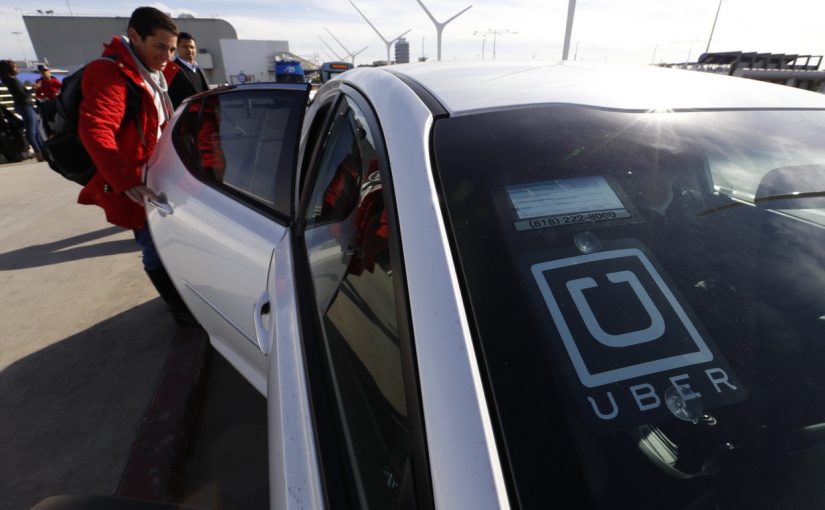 Uber has been fighting continuing battles with major cities and their traditional licensed cab drivers for years now. In some cities this has resulted in legal rulings banning Uber drivers from operating completely.

However it’s not just cities taking aim at the taxi app. Airports are also drawing battle lines with the company in an effort to protect revenues.

The ease of catching a cab is often paramount for weary travellers, but many are still very price-sensitive even after the longest of flights.

But are the costs of Uber rides on fiercely competitive (and regulated) airport journeys cheaper then traditional taxis (as they are in cities)?

I was able to calculate fares for Uber journey costs from airports on their website (UK & US) (April 2016).

These could then be compared with traditional taxi fare data available from TfL (UK) and Taxi Fare Finder (UK & US) (April 2016).

The Black Taxi an icon of London. In recent years Black Taxi drivers have been losing market share of passengers travelling overground to minicabs (often operated by taxi apps, like Uber). The situation is so bad, TfL (who operate Black Cabs), are struggling to recruit new Black Cab drivers.

Queue a fierce fight between TfL and Uber.

One that almost saw Uber being banned from the British capital altogether in 2015 but for a small technicality about wether the app constituted a taximeter. But technicalities aside; why are consumers switching to taxi apps?

UberX rides are generally cheaper than traditional Black Cabs, unless the dreaded surge pricing is in effect.

For example, the more expensive Black Taxi Fare would cost £7.30 GBP to go 1 mile. An UberX would cost only £5.18 GBP. However, during periods of high demand where 1.9x and 2.5x surge pricing is in effect the same journey would cost you £9.83 GBP and £12.94 GBP respectively through Uber — potentially well over twice the price of a Black Taxi.

Uber Services To / From London airports

Registered taxis in London (Hackney Carriages, not necessarily Black Taxis) have strictly regulated fares from its many airport into the city.

Many registered taxis and private hire cars pay surcharges to airports (often passed on to passengers directly). Uber drivers are also liable for such charges.

Even so, UberX rides are considerably cheaper from all London airports — almost £50 GBP cheaper from Gatwick South Terminal to Paddington Station. Only recently did Uber scrap flat fees from London airports which could have potentially made these journeys even cheaper.

Registered taxis sit somewhere between UberX and UberXL services, and are the second cheapest option when compared to the other services Uber offers.

Uber To / From US airports

Lets change colours to the bright yellow of the second most iconic taxi, the New York City Cab (and the less iconic taxis of San Francisco and Chicago). And yes, both these cities have had their disagreements (like the London Black Cabs), to put it lightly, with Uber.

Uber operates in 81 countries (Oct 2016). In the US and UK cities considered, UberX is cheaper than traditional taxis to and from airports. I would be interested to learn if the same was true in the 79 other countries.