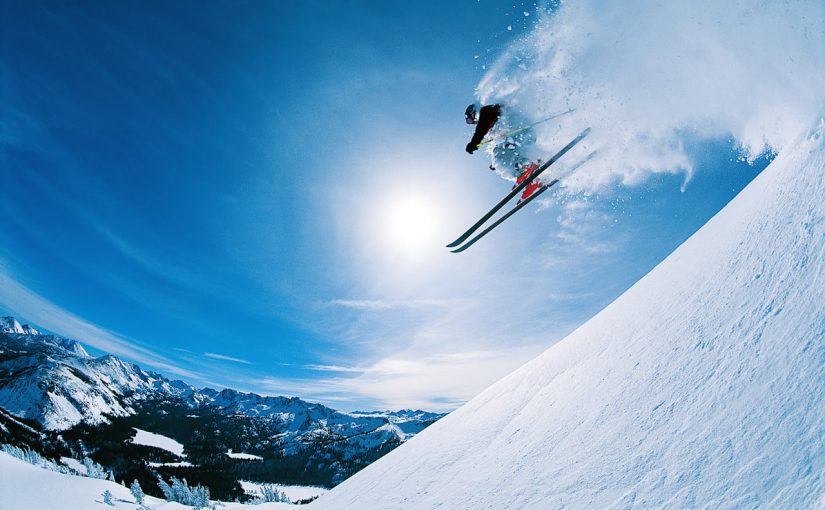 Skiing is the greatest winter sport. End of discussion.

Enjoying the clean, fresh air whilst rushing down the side of the mountain is exhilarating. Who said exercise was boring?

Skiing 6 hours a day can make you very tired, and very hungry.

Which left me questioning; just how much food do you need to eat to replenish the calories burnt skiing?

Using GPS data collected from a recent 6 day ski holiday I was able to obtain the daily distances skied and then best guess my exertion level.

I was then able to use this data with standard exercise / calorie information available on CalorieLab to estimate how many calories I used up each day.

According to NHS guidance the average male needs 2500 kCal per day to maintain their weight, or for the sake of this analysis have a kCal neutral balance. For simplicity, lets assume my daily energy requirements are 2500 kCal + energy spent skiing only.

On Sunday 23rd January 2016, it is estimated I expended the highest number of Kilo Calories (kCal) skiing (1777.4 kCal), with estimated daily kCal expenditure falling slightly with each day — something I put down to fatigue. My average estimated daily kCal burned skiing was about 1676 kCal (8380 kCal week total).

To put this into perspective, you can see from the NHS Choices Calories Calculator how calorific classic skiing fare is.

A particularly calorific food diary from a skiing companion of mine saw an average intake of over 4000kCal, though I’m not naming anyone. On one day this figure was 4727 kcal! In his very weak defence, using my calorie neutral daily average of 4369 kCal this was only a surplus of 358 kCal (4727 – 4369), or two pints of beers (360 kCal). With a more controlled diet he could maintain a high daily kCal deficit and potentially lose weight.

There is not a huge difference in the amount of calories utilised at a higher altitude during exercise even though it may feel as though you are working much harder. The few extra calories burned will be a result of increased breathing to get more oxygen into the body, which means increased work by the rib cage and other muscles involved in ventilation (which are all relatively small).

Some would argue the biggest danger is continuing such a diet upon your return home. 4727 kCal is almost twice the daily recommendation of 2500 kCal, a difference of 2227 kCal — one that would quickly start resulting in weight gain.

The science behind calorific burn is a confusing area to research due to the many conflicting arguments. Clearly, this is a very inaccurate analysis for the most part. By adding in additional variables to my calculations – like heart rate, temperature, etc – rather than just time would likely produce some very different results.