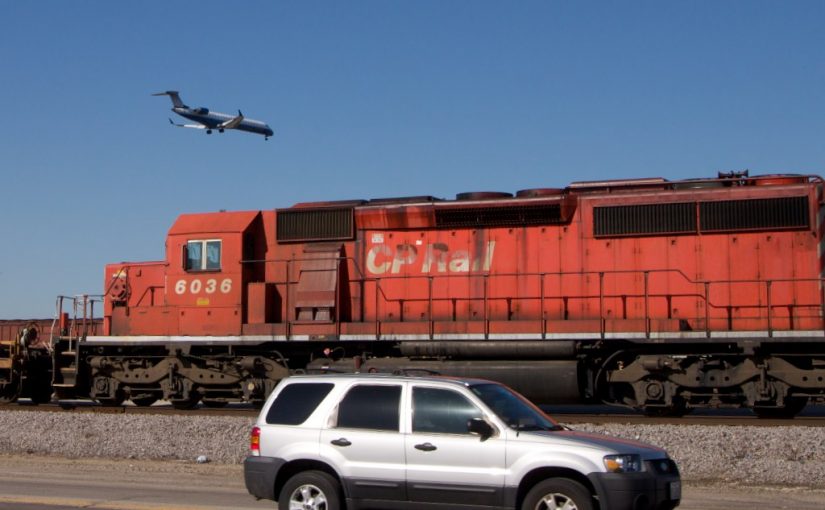 You’ve swapped your petrol car for a plug-in hybrid.

Maybe you’ve given up the car entirely to take the train to work instead.

Many of us are playing our part in trying to fix the climate crisis we’re all facing.

Though you might be surprised at the environmental cost of seemingly green modes of transport.

Before you buy that electric scooter, you’ll want read this.

travelandmobility.tech have curated a great data set analysing the environmental (carbon) impact of a range of popular transport types.

The impact of each of these factors is measured as carbon emissions in grams per passenger kilometre.

There are a number of assumptions that have been made to compile the data, including average level of occupancy per transport type (although in cases of transport types that carry multiple passengers, this figure if not reported) and the average lifetime (distance travelled) for each transport type.

Combined, an electric car is more carbon friendly than a train from a direct and indirect operational perspective (4.07 g p/pkm // 12.68 g p/pkm).

Electric powered transport is by far the most expensive to create and dispose of. That said, the carbon cost of this is likely to reduce significantly in future years as technology advances.

Currently, an E-Kick-Scooter is the worst type of transport based on the carbon cost (63g p/pkm) — that’s more than an electric car (62.57 g p/pkm)!

Despite their size, trains and trams have a low carbon cost to manufacture and dispose of (high-speed train 0.55- g p/pkm) – this is almost certainly due to the amount of passengers they carry in comparison to other forms of transport considered.

Adding in maintenance and roadway costs, in addition to other factors considered, traditional diesel and gasoline cars are the most polluting over their lifetime (179.60 g p/pkm and 208.28 g p/pkm, respectively).

Plug-in hybrids have half the carbon impact compared to tradition hybrids (82.30 g p/pkm and 158.06 g p/pkm, respectively), and are even more emission friendly over their lifetime than pure electric cars (92.37 g p/pkm).

How far to generate a tonne of C02?

In a gasoline car it takes on average just 4,800 km for each passenger to contribute a tonne of carbon dioxide. A passenger in an electric car will generate a tonne in just under 11,000 km, and a high-speed train in just over 20,000 km.

Note, it is important to stress, most of the emission are down to manufacturing costs (e.g. a Land Rover Discovery in 2010 required 35 tonnes CO2e for manufacture). See Methodology section for assumptions on lifetime distances.

As the authors of the dataset note:

… [the results] not illustrating scientifically-proven results but provides our best guess on average carbon emissions produced by transport type based on existing third-party research that we were able to identify and combine.

It is also clear, air transport is missed. Interestingly, one of the data sources referenced is Lufthansa Innovation Hub.

It is impossible to get true figures for an analysis, there are simply too many variables, that said, the numbers used for analysis in this post could definitely be improved for a more accurate output.

In a gasoline car it takes just 4,800 km for each passenger to contribute a tonne of carbon dioxide. A passenger in an electric car will generate a tonne in just under 11,000 km, and a high-speed train in just over 20,000 km.