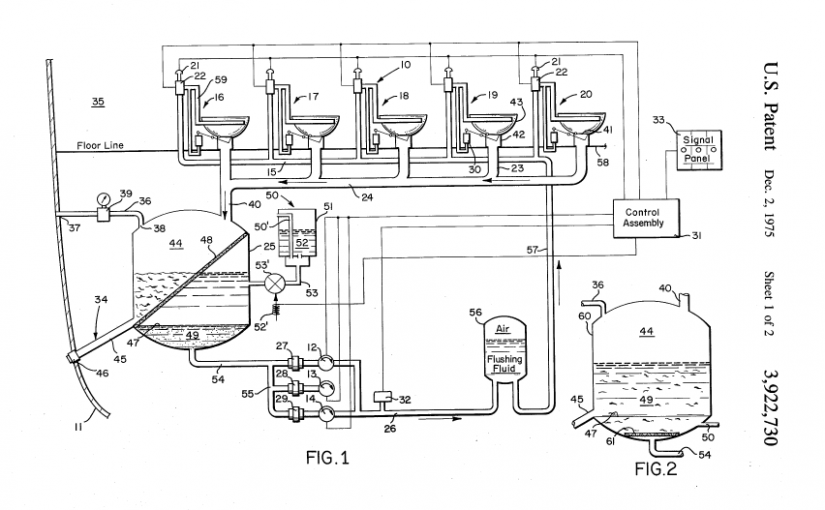 But where does all the waste go once the vacuum has sucked the waste out of the toilet bowl?

No, it doesn’t get ejected.

But on a busy flight recently (Easyjet, many drunk tourists, lots of trips to the toilet) I started to think; how big is the waste tank? Can it ever get full?

Using publicly available data sheets for aircraft, I found the above specifications for each waste tank.

Let’s assume the toilets are exclusively for urination to simplify the calculations.

The normal range of urine output is 800 to 2,000 milliliters per day if you have a normal fluid intake of about 2 liters per day.

Let’s take also assume this is passed during waking hours, so 16 hours (960 mins), and that people are awake on flights.

The planes for which I have collected statistics for all fly predominantly long haul routes. Let’s assume that to be 6 to 11 hours.

It’s unlikely they’ll overflow, even on a particularly boozy flight.

Let’s assume the average flight time for planes arriving at airports is 4 hours (so planes are carrying between 200ml – 500ml of urine per passenger).

the total number of passengers carried on scheduled services rose to 4.5 billion in 2019

Assuming that low estimate (200ml per pax), that equates to 900 million litres of waste from all planes in 2019.

If we consider each passenger passed an average of 500ml, that’s 2.2 billion litres (or 880 Olympic swimming pools… which to me doesn’t sound that much!).

The world’s busiest airport by passenger volume, Guangzhou, could have handled 5.14 million litres of pee in April 2021. On a worldwide scale, airplane yearly toilet waste is estimated to be 900 million – 2.2 billion litres total. Despite this volume of pee, it’s unlikely the waste tank on a plane will ever reach capacity.