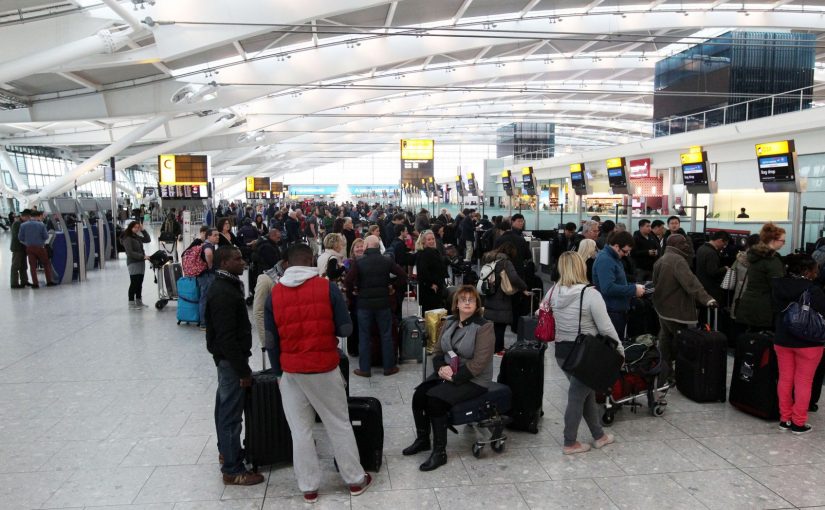 Well, what a weekend it has been for British Airways.

Thankfully I wasn’t travelling out of Heathrow, my local airport, due to the long weekend here in the UK. However I do know of many friends who’ve had their holidays ruined by the “IT failure” that led to the mass cancellation of flights on Saturday and Sunday by British Airways.

The airline has been going through heavy cost-cutting over recent years. I’m almost certain the events this weekend have wiped out any savings they’ve made. Their share price has dropped by £175mm alone. Though how much might this fiasco directly cost the airline?

Airhelp, a company that helps travellers claim compensation for flight delays and cancellations, put together a dataset detailing British Airways flights and estimated passenger numbers for scheduled departures this weekend (27/05/2017 – 28/05/2017) from airports around the world.

In this dataset they split out delayed flights and those that were cancelled. If you booked a flight that departed from Europe or was with a European airline, you  have rights under EU law if your flight is delayed or cancelled. The amount that can be claimed is determined by length of delay, length of flight and wether the flight was cancelled completely.

Using this data it was possible to estimate British Airways’ potential liability for passenger compensation for Saturday (27/05/2017) and Sunday (28/05/2017).

All figure are quoted in Euro’s (EUR).

Passengers at LHR (Heathrow), British Airways’ UK hub, saw the worst of the problems. In total 49,132 passengers suffered, 46,303 of them has their flights cancelled.

LGW (Gatwick) was the second worst affected airport for cancelled and delayed flights. 4,836 passengers were affected in total, a much lower number than at Heathrow.

Remember, one variable that affects the amount of compensation you can claim is the distance of a flight. As BA tend to fly in/out of the UK, passengers flying from/to airports further away from the UK can typically claim more. This is why flights departing from airports like Hong Kong have high total compensation liabilities (€477,352.64) in comparison to passenger numbers (619).

Overall, the average compensation liability per airport was €245,448.

There is a fairly even spread of maximum compensation passengers are eligible to claim.

Typically airports a long distance from the UK – for example DXV, PVG, HKG – have the highest average amount passengers can claim in compensation (€771.43) as discussed above.

European airports typically have the lowest amount passengers can claim in compensation (€264.53) due to their distance from the UK (or total flight time).

In total it is estimated British Airways “IT failure” affected 758 worldwide flights with 112,631 passengers due to fly on them.

BA is potentially liable to pay €49,670,411.92 in passenger compensation for the two days of delays and cancellations this weekend.