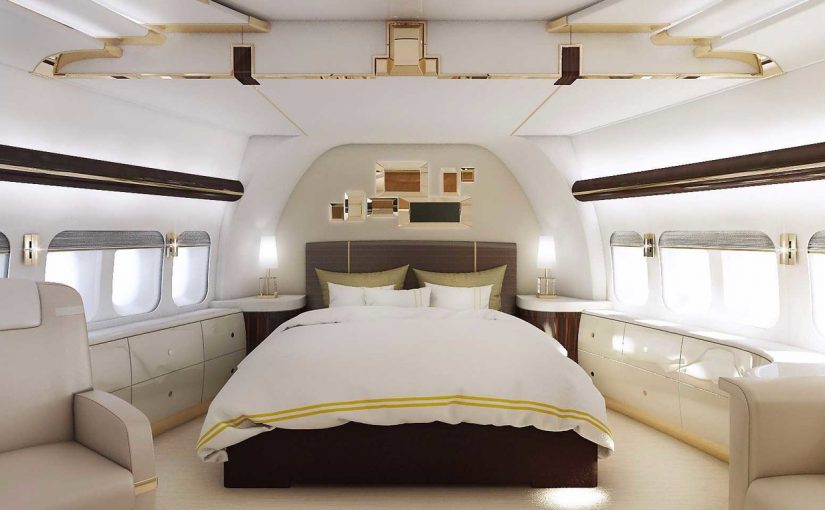 I’m fascinated by airline operations. Many major airlines have fleet sizes upwards of 800 aircraft. Now consider many of these planes operate non-stop, requiring hundreds-of-thousands of litres of fuel for each journey, and a small army of staff to keep running, operating costs can quickly add up.

Recently reading an article titled, “Qatar’s emir ‘gives $500m private jet to Turkey” (a Boeing 747-8i), I started exploring the costs of operating your own private jet.

With Christmas quickly approaching, I’ve created a (tongue in cheek) buyers guide for private jets. When a pair of socks won’t cut it, perhaps a private jet will suffice?

The A380, the largest commercial passenger plane with a potential capacity of 900 passengers, is offered by Airbus as a private jet. The company has reported 5 orders, potentially worth almost $2 billion. Many articles detailing the incredible configurations of private A380’s exist online (including flying garages).

At the other end of the scale, smaller regional private aircraft with ranges below 5,000 kilometers (London to New York is 5,567 km) can be purchased for under $10 million.

Don’t forget, even after spending millions on a jet, you’re going to need to fuel it too (along with all the other ongoing costs). The most fuel efficient jet in our list is the Boeing Business Jet. Assuming it flies at full capacity (63), each passenger will cost $0.02 per kilometre they travel. In contrast, each passenger on a 747 8 VIP will cost $0.27 per kilometre they travel (max pax 32).

In some cases, the aircraft pricing data seems slightly inaccurate (perhaps out-of-date). For example, Boeing and Airbus publish the list prices of aircraft on their website. The lists do not include private jets, but in some cases the private jet cost is lower than the commercial (which does not appear correct). As such, the accuracy of this analysis would be improved if pricing and specifications were obtained directly from the manufacturers, if possible.