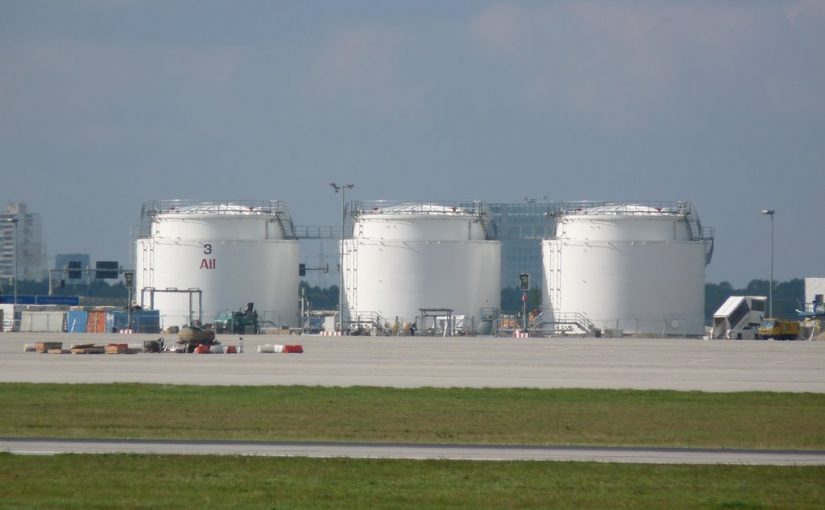 (But don’t use jet-fuel in your car).

Fuel is one of the biggest operating expenditures for airlines — and you’re probably being undercharged for it (at least in 2017).

We know that the airline industry is a heavy polluter. The fact an A380’s fuel tank has a capacity of 320,000 litres (84,500 US Gal) hints at just how much fuel is required to fly across the world.

Now consider the volume of commercial flights each day. Some estimates suggest this number exceeds 100,000 per day. That’s a lot of jet fuel.

I decided to delve into how much fuel airlines are using (and what it costs them).

The US Bureau of Transportation Statistics publishes data on fuel consumption and fuel cost reported by US based airlines for both domestic and international operation.

I selected the airlines classed as major (>$20 million revenue / year) that were operational for the whole of 2017 (the last year with full data reported at the time of writing).

Other statistics in this post were pulled from Wikipedia. Citations here.

Fuel consumption of major US airlines 2017

This amount is enough to fill 1.3 billion VW Golf’s with a 50 litre fuel tank (of course, you would not want to use jet fuel)!

Unfortunately I do not have the exact figures for how many flying kilometres this amount of fuel represents. But I can estimate…

According to this Wikipedia article, jet fuel weighs 0.81 kg/l. This equates to US airlines using 52.5 billion kilograms of fuel in 2017.

Turing to Wikipedia again, a Boeing 787-9 burns 5.77 kg of fuel per km. Using this as the average figure for fuel efficiency across all US major airlines would mean that 9.1 billion kilometres was flown in 2017.

Cost of fuel for major US airlines 2017

You will notice American Airlines used more fuel than Delta (13.5 vs. 12.9 billion litres), but paid less for it ($5.75 vs $5.94 billion USD) in 2017. This is because airlines strategy for buying and holding fuel differs. In fact, very large teams working for airlines are solely dedicated to the task of buying fuel, for good reason.

There is a fairly large range in price paid per litre of jet fuel between these airlines. Frontier Airlines fuel team are doing the best job paying around $0.42 per litre in 2017. ExpressJet paid $0.67 per litre! This largely the result of economies of scale. Frontier bought 915,573,331 litres of fuel in 2017, whereas ExpressJet bought only 2,278,817 litres.

According to this Forbes article, there were 4 billion air travellers in 2017. The US Bureau of Transport and Statistics reports 965 million of these, or 24%, were from the US.

Taking the 2017 world population (7.5 billion), that means 35.8 litres of jet fuel was burned per person in 2017! And this is an underestimation (see improvements).

The final calculations for world fuel consumption in 2017 need to be improved. I only considered fuel consumption for major US airlines, and omitted smaller airlines operating in the US and non-commercial traffic.

An estimated 269 billion litres of jet fuel was burned by the largest commercial airlines in 2017 — 35.8 litres for each person on the planet.