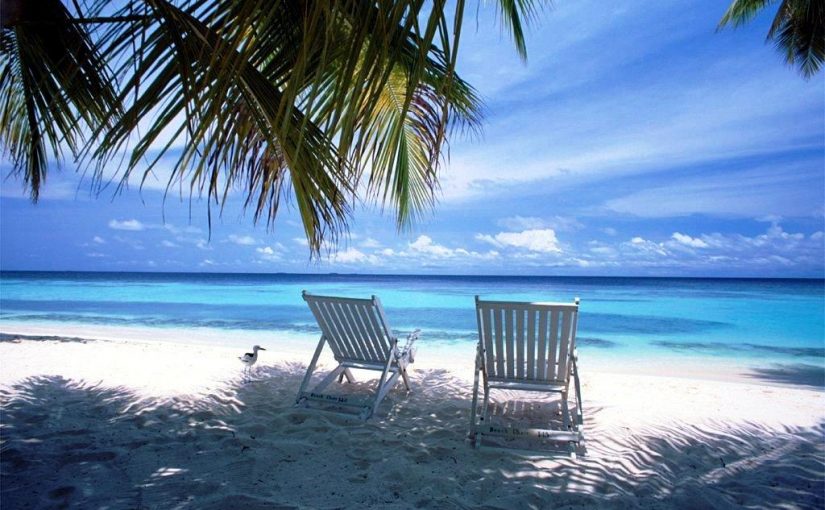 Last year we covered the most dangerous cities by homicide rates — the stats were particularly scary.

Since writing that post I’ve stumbled across the Global Peace Index created by the aptly named, Institute for Economics and Peace.

Homicide rate obviously has a clear relationship to peace, and is one of the 22 factors considered for each country listed in the Global Peace Index.

While we probably all have a favourite peaceful destination to escape the stress of everyday life; where do these countries fall on the Global Peace Index?

The Global Peace Index (GPI) gauges global peace using three broad themes: the level of safety and security in society, the extent of domestic and international conflict and the degree of militarisation. Factors are both internal such as levels of violence and crime within the country and external such as military expenditure and wars. The GPI uses 22 different factors to rank individual countries based on these themes.

Countries covered by the GPI must either have a population of more than 1 million or a land area greater than 20,000 square kilometers.

Perhaps surprisingly we live in a more peaceful world than 2016. The overall GPI scores fell by 0.22% between 2016 and 2017. 90 countries are now more peaceful, compared to 72 that are less, and one, Czech Republic, that had no change in GPI score. On average, the world has become 6% less peaceful since 2008.

But the world is less peaceful than in 2008

98 countries became less peaceful between 2008 and 2017 while 31 became more peaceful (hurrah!). The countries with the biggest changes in GPI were Chad which has become 19% more peaceful, on-the-other-hand, Syria has become 47% more dangerous.

And the most peaceful countries in 2017 were…

Iceland, is by far the most peaceful country in the world according to the GPI. This year it had the lowest index score of 1.111. All of the top 10 countries have GPI values between 1.1 and 1.5 (the lower the score, the higher the level of peace). Compare that to the 10 least peaceful countries where scores range from 3.0 to 4.0.

The most peaceful countries GPI scores have remained stable

Generally scores of the 2017 top ten most peaceful countries have remained fairly static fluctuating plus and minus 0.1 points over the time period (indicating stability within these countries).

Some countries have shot up the GPI rankings

Examining countries by GPI ranking tells a different story. Whilst Iceland and New Zealand have been incredibly consistent in places one and two respectively, other countries have not been so predictable.

Take Portugal. In recent years the countries GPI has gone from 1.385 in 2008 to 1.258 in 2017 —  a 10.1% increase in peacefulness. This has catapulted the country up the GPI rankings from 14/137 position in 2008 to 3/162 in the latest 2017 rankings. Much of this can be attributed to financial reforms put in place by the country, and significant strides in lowering violence and terror with greater political stability and economic promise.

Notably, Switzerland has typically ranked in the top 10 since 2008. However, in 2009, 2010 and 2011 the country ranked 11/143, 18/158 and 16/153 by GPI rank respectively. Much of this can be attributed to the factors that go into the GPI rankings that relate to military and arms trading. Countries are negatively scored on these factors. Given Switzerland has compulsory military service and exports more weapons, relative to its size, than many other countries the GPI scores become slightly when compared to the countries otherwise socially peaceful nature.

And the least peaceful countries in 2017 were…

Sadly, it is clear to see just how bad the situation is in war torn Syria. Put alongside Iraq (3.556 GPI score) and Afghanistan (3.567), with a GPI score of 3.814 it is clear the country could in no way be considered peaceful.

Ukraine, the only European country ranked 154/163 in the 2017 GPI is closely followed by Russia placed 151/163. There have been small scale conflicts on the borders between the two countries likely contributing heavily to their high GPI scores.

You might be shocked, or not, to learn that the United States ranks 114/163 in 2017 on the GPI. Much of this can again be answered by the factors that go into making up the index such as military spending of which the United States spends more than any other country.

Scores show these countries are getting less peaceful

The 2017 list of least peaceful cities have seen their GPI scores worsen significantly since 2008. Half of the top 5 have become less peaceful by over one index point — representing an increase of more than 50% in each case.

Most of the rankings show a slight uptick year-on-year, however this can be attributed to more countries being considered by the GPI (137 in 2008, 163 in 200(). You can see two very clear things on this graph; Syria and Ukraine’s falls down the rankings.

In 2011, what became known as the Arab Spring revolts toppled Tunisian President Zine El Abidine Ben Ali and Egyptian President Hosni Mubarak. In the months following many of Syria’s population tried to similarly overthrow the countries president, Bashar al-Assad , resulting in a civil war that is still being waged, began in Syria with rebels. This has resulted in untold tragedy and is the reason Syria slipped from a peaceful(ish) 65/163 in 2007 to the least peaceful country on earth in 2017.

Similarly, in 2014 the Ukrainian revolution began when a series of riots erupted in the countries capital, Kiev. Since then much of the countries eastern border with Russia has been annexed with tensions running high with neighbouring Russia. In turn, the revolution and the ensuing instability has led to Ukraine being ranked 80/137 in 2008 to 154/163 in 2017 on the GPI.

The GPI ranking has been criticised by some. Like any index, the GPI should be considered on the factors that go into creating it. For instance, take Switzerland discussed in this post, which has its ranking heavily skewed by military spending and arms trades despite being a very peaceful nation when accounting for all other factors. As such it would be good to compare the raw data points for each of the contributing factors (e.g. total military spending, homicide rate, etc) in any future analysis.

Iceland is currently the most peaceful city in the world according to the Global Peace Index compiled by the Institute for Economics and Peace.