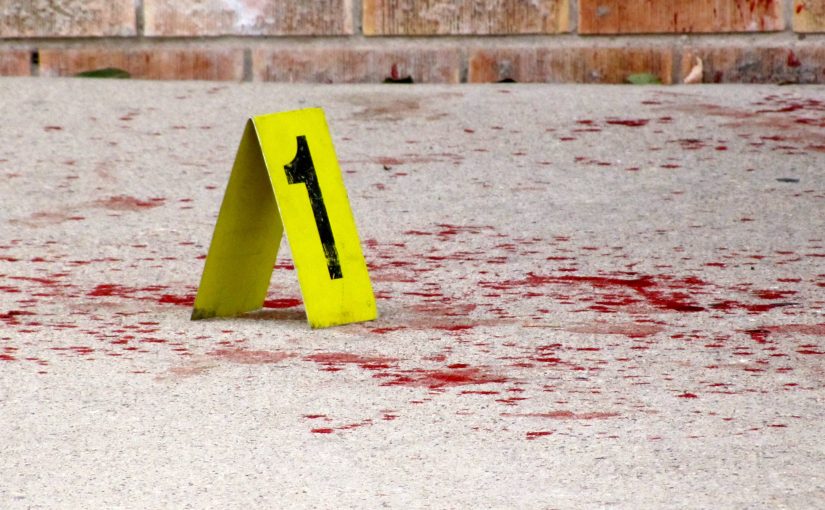 More people than ever are migrating to the worlds largest cities for work and play.

However, as the population of urban areas increase it often brings with it an increase in violent crime, exacerbated by high population density and limited law enforcement.

Where are the worlds most dangerous cities?

I used a list of the 50 most dangerous cities (by murder rate) curated on Wikipedia. The data reported is from 2016. Figures include both homicide rate and population by city.

Caracas, Venezuela tops the list of the most dangerous cities with about 1.3 people murdered per 1,000 people (almost 12 homicides per day). Looking at it another way, 0.13% of the population of Caracas is murdered every year.

To put this into perspective, Durban, South Africa, which ranks number 50th for homicides has a murder rate of 0.34 people murdered per 1,000 people (equivalent to 34.4 people per 100,000). Whilst still worryingly high, especially for tourists, it is nowhere near the murder rate of the top 3!

The eagle-eyed readers might have also noticed the top 10 most dangerous cities are all found in either North or South America. No Asian, Oceanic or European cities make the list.

Brazilian cities are deadly! 19 of the top 50 cities by homicide rate are all found in Brazil and account for a total of 16,123 murders (that’s just over 44 per day). Another surprise, for me anyway, was that the United States comes in 4th on the list.

South American cities make up 30 cities of the top 50. Again, it is important to stress that 19 of these are Brazilian. Brazil would top this list if it was considered on its own. In South America there was 26,179 homicides from just 30 cities in 2016!

I’d love to do a more positive post on the safest cities with fewest homicides (watch your inboxes, subscribers). This analysis would be very interesting to compare to the top 50 most dangerous cities to get an idea of the difference between best and worst cities.

Context is essential to understanding homicide rates. If it was possible to aggregate the data associated with each one of these deaths (from police reports, for example) we could examine the causes of high murder rates.

Caracas, Venezuela tops the list of the most dangerous cities with about 1.3 people murdered per 1,000 people in 2016. Looking at it another way, 0.13% of the population of Caracas was murdered in 2016.