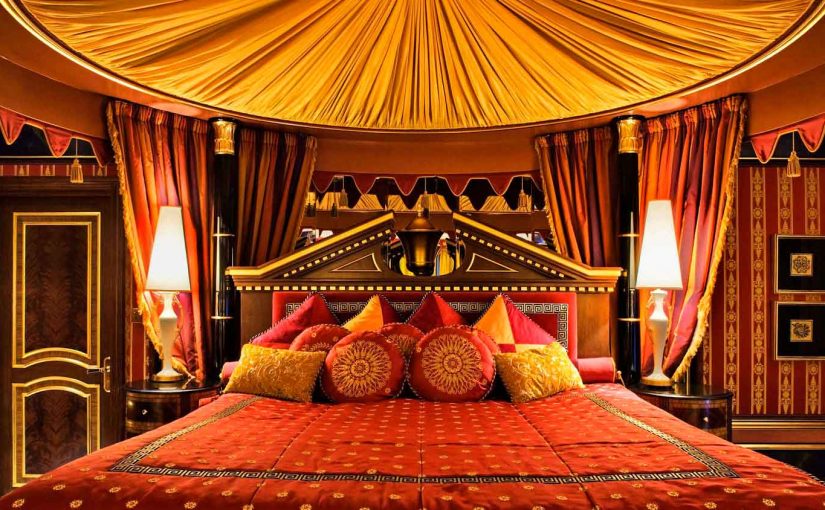 With the year coming to an end you might be thinking about booking getaways for 2018. Perhaps you’re jetting off after Christmas to escape the cold or for some relaxation after the holiday period.

In many cases, price is key consideration when choosing a hotel. For me, the price and location are the biggest factors to consider when travelling on business — I’m not too bothered about luxury. However, on vacation I’m willing to pay slightly more for a outdoor pool that I can laze around.

In major cities, hotels can be eye-wateringly expensive, even in the off-seasons. Which left me wondering; where are the most expensive city hotels?

Mastercard ranked 132 cities around the world according to the number of international overnight visitors they welcomed in 2016 in their Global Destinations Cities Index 2016. Overnight visitors are defined as those arriving from outside of the country and who stay at least one night in the destination city. The top 10 cities ranked by number of overnight visitors is as follows:

Using this list of 10 cities, I turned to hotels.com to search for the 10 most expensive hotels in each of these cities for the dates: Saturday 13th January – Saturday 20th January 2018. I selected these dates as they are generally considered to be off-season, therefore demand should be relatively low for most of the 10 destinations (thus, lower prices). Prices are reported per night based on one standard room for two people (no suites, etc.).

The top 7 most expensive hotels in these 10 cities all cost more than $1000 per night during the off-season. My assumption is most of these hotels would cost well above $1000 in the peak-seasons. As an example, take during the Spring school holiday period in the UK. The most expensive hotel in January, the Jumeirah Zabeel Saray Royal Residences costing $2,777 per night, would cost at the time of writing $3,934 per night for a stay between Saturday 17th February – Saturday 24 February 2018 — over $1000 more!

Most expensive hotels by city

In contrast, in Kuala Lumpur, the most expensive hotel in the city, the Grand Service Suite at Times Square, costs $406 per night, significantly less than the top 3 cities previously covered.

There is a wide spread in cost to staying in the best hotels a city has to offer. In Dubai, the average cost to stay at one of the top 10 most expensive will cost you $917.40 per night.

If you’re considering Asia as your next luxury destinations the prices are much more favourable for high-end hotels. The average hotel in Seoul, Bangkok and Kuala Lumpur costs less than an average of $325 per night — about the average price for a mid-range hotel in many of the other cities considered, Paris or London for example.

As discussed, the time of year greatly affects demand and therefore prices charged for rooms by hotels. Having access to a dataset showing historic price changes over time for each hotel would make for a very interesting analysis. As would adding more hotels, not just the top 10 most expensive in each city.