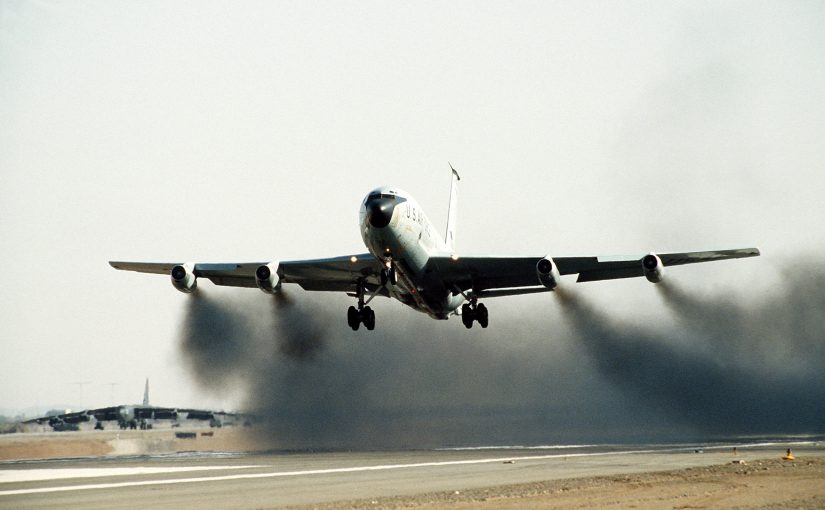 At this years G7, it was only a matter of time before news stories relayed the climate outrage of politicians and their entourages flying (sometime only 100’s of km’s) into Cornwall, UK.

I expect the same at this years COP 26 conference in Glasgow this year.

According to the Energy and Climate Intel Unit:

It will involve upwards of 30,000 people in the city, representing over 200 countries, businesses, NGOs, faith groups and many more.

With such a large number of delegates in attendance, the climate footprint will be significantly greater than the G7. As my mind started whirring, I wondered if it was possible to quantify just how much impact to the environment travel to and from the conference could cause.

In 2019, the UN published the list of all delegates attending the COP 26 Summit.

Now we know 11,000 will be flying into Glasgow, lets calculate average fuel consumption.

OK, so both of these planes are quite old (both have many newer versions). Fair point. I used them as the above statistics were freely available.

The aviation sector’s short-term goal to improve fleet fuel efficiency by an average of 1.5% per annum from 2009-2020 is on track, with current analysis showing a 2.3% improvement on a rolling average − an efficiency improvement of 17.3% since 2009.

This figure is very close to on reported from the International Council on Clean Transportation:

On average, passenger aviation emitted 90 grams of CO2 per passenger-kilometer in 2019

Both calculations will be a little optimistic for COP 26, as the original calculations were based on high load factors, which have reduced significantly, and still remain so, because of COVID. But let’s go with it for now…

Attendees travel from all over the world, but it would appear from reports most travel will be from European delegates given location. I wasn’t able to easily break the 2019 delegate list by country (although that was held in Chile, so the delegate count by country will no doubt be quite different this year).

There has already been coverage that some nations not being able to field delegates this year due to travel restrictions. Namely in Asia, Oceanic, and African countries.

Given the above, I considered the edge of Europe, Istanbul as a rough guess for “average distance” attendees will travel.

Let’s assume then, that on average, delegate travel the distance of Istanbul to Glasgow (shortest distance = 2912 km, rounded up to 3000km, and doubled for the return journey 6000km).

We now estimate delegates will have a round trip to Glasgow of about 6000km. Therefore, one passenger will produce 540kg CO2 pin CO2 emissions flying to and from the conference (0.09*6000).

Note, this does not factor in the increased warming effect other, non-CO2, emissions, such as nitrogen oxides, have when they are released at high altitudes can also make a significant difference to emissions calculations.

Due to Glasgows position in the UK, and the fact that the UK is an island, it’s likely most people will fly into to Scotland directly.

Perhaps some Europeans will take advantage of the Eurostar to London, and then a 5 hour train journey to Glasgow, but my assumption is that a very small number of attendees will choose this route owing to the low cost, much faster air routes.

However, let’s compare aviation to other available methods of transport.

According to DEFRA research, driving alone is almost twice as bad as flying (11,286 tons of CO2 emissions if all international delegates drove alone)!

However, remember, we have ignored +50% of attendees, assuming them to be UK residents… many of whom will be very likely to drive (probably alone)! The 11286 tons represents a 6000km round trip. Dividing this by 10 (600km round trip for UK residents), still leaves 1128.6 tons of CO2 emissions for the driving domestic delegates.

Car sharing (assuming 4 delegates) almost cuts emissions in half from driving alone. Though, roughly, two people to a car (probably more realistic) delivers the same emissions as a comparable plane journey, per passenger, over the same distance.

Unsurprisingly rail is much more efficient when it comes to CO2 emissions per passenger (lets hope most UK delegates choose this over a solo car car journey as rail is 6.3 times more efficient). Sadly, the UK doesn’t have a highly efficient rail infrastructure like that of the Eurostar (which is over 4 times more efficient than general rail). Is HS2 still happening?

This really is a “back-of-the-napkin” analysis. Journalists, please don’t credibly cite these figures unless you make this clear!

The 22,000+ delegates (under-estimate) travelling to the COP 26 conference in Glasgow are likely to generate over 10,000 tons in CO2 emissions.