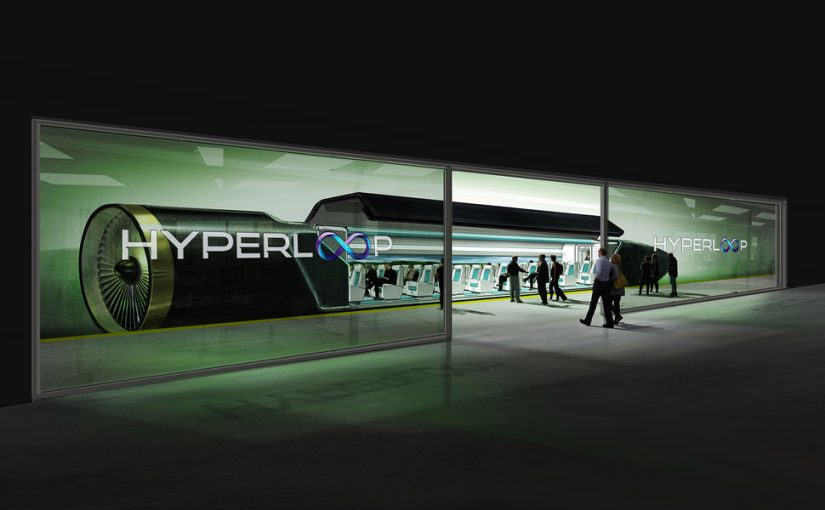 The fastest high-speed train in operation is limited by a maximum speed of 431 km/h, although trains have reached speeds of 603 km/h in testing.

Hyperloop is a proposed new mode of passenger and freight transportation that propels a pod-like vehicle through a near-vacuum tube at airline speeds. Top speeds of 1200 km/h have been touted. To put that in perspective a Boeing 777-200-LR, one of the fastest commercial jets in operation has a maximum operation speed of 1037 km/h.

What could a world with interconnected Hyperloop routes look like?

Given Hyperloop is still in development phase, with some limited testing completed, much of this post takes into account assumptions about what is possible (speeds, geography, engineering limitations etc).

Many of the routes I’ve considered are already in operation — served either by plane or train. Distances for these routes via Hyperloop are very rough given I have not considered geography in any detail. That said, because of the physics involved Hyperloop needs a very straight track.

The aim of this post is to provide a basic overview of what could be made possible with Hyperloop.

The fastest of each mode of transport currently in operation are considered: Hyperloop, Boeing 777-200LR (plane), Shanghai Maglev (train).

Hyperloop is most similar to the existing train networks. The difference between current high-speed trains and Hyperloop is massive (1200 km/h vs. 431 km/h — almost 3 times faster.).

For the above 5 routes, all of which show actual times for plane and train journeys, the train is always the slowest (almost twice as slow as a plane for most routes).

Travelling by plane would be the second quickest option, with Hyperloop coming a clear first for all routes (in some cases Hyperloop is almost 4 times quicker on some routes — Paris to Lyon, and twice as quick as taking the plane on others).

It is important to note these figures only consider time spent moving, excluding check-in time, etc.

There are a number of cities currently considering implementing Hyperloop. LA to San Francisco, Dubai to Abu Dhabi, Helsinki to Stockholm, etc. Most of these routes are well below 1000km, as are the routes considered above with the exception of Beijing to Shanghai at just over 1000km apart. At an estimated $19.1 million USD per kilometre, cost is the biggest inhibiting factor to a longer Hyperloop routes at present.

Concorde once circumnavigated the globe in 32 hours 49 minutes and 3 seconds, starting and ending its journey in New York, via Toulouse, Dubai, Bangkok, Guam, Honolulu, Acapulco, to refuel and then back to New York JFK (a total of 36,787.6 km).

Assuming Hyperloop took the same journey at its average estimated speed of 970 km/h (which unlike a plane would not need to account for refuelling time), it would take almost 38 hours (36787.6 km/970 km/h). That’s 5 hours slower than Concorde.

As discussed, many of these calculations are very rough. When Hyperloop gets closer to a production version where better estimates are available the calculations used can be improved.

Concorde once circumnavigated the globe in 32 hours 49 minutes and 3 seconds, the same route on Hyperloop would take almost 38 hours.